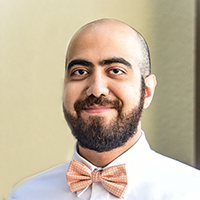 To Pass, To Keep On Going

For the thousandth time, Darya is watching the music video Faraz made from a Bomrani song. It is on his Instagram page. Like the previous 999 times, the tears come. “The meaning of love,” sings Behzad Omrani, “the meaning of joining, the meaning of leaving, breaking, going.”

And then she thinks of Faraz. Faraz with his big, kind and open heart, his generosity, his searching mind. He who possessed an endless intelligence, admirable stamina, and a supportive and responsible attitude. Anyone who knew Faraz, well or not, would know that he stood up for life with all his being, in the most beautiful way possible.

He didn’t need to keep searching for the meaning of life in order to live it. He didn’t need to set the limits of kindness. He didn’t need to explain patience, elegance or the goodness in human relations. He just had them, with no long speeches and no pretences. Wherever he was, he’d express all that he was with his silence, his curiosity, his love, his encouragement, his precision and his sensitivity.

None of these words or clauses will do enough to explain Faraz. All those who knew him know that he was full of life and passion in all the moments he spent with us, talking with us and being with us.

Darya remembers the day Faraz was born. She was happy; she now had a younger brother to play with and was no longer alone. He grew up and went to school, and from then to the end of his high school years, they played with each other. They could have played together for many more years, just like the old days, and in the same spirit.

Faraz got into the elite Allameh Helli middle school. Everyone was delighted and he completed his high school education there too. Then it was time for university, studying computer science at Amir Kabir. Studying computer. Once more, everyone was happy and proud.

In 2009, in the last year of his undergraduate degree, Faraz came first at an international robotics competition in Austria and won a scholarships for a MA in artificial intelligence. In 2010 and 2011, he twice came first in the Iranian RoboCop competitions. From then on to when he started work, he was buried in writing code. He didn’t much care to leave Iran but his parents insisted, and so, he ended up in Canada at McGill University, studying AI.

Faraz worked in Montreal for a while. Then he went to Toronto and found friends there that he loved very much, and the city became his home. In all the seven years that he was away from Iran, Faraz called his family every night at 9 pm. He didn’t stop missing them. It took him time to get used to being away; more than is normal. And he never did completely get used to it. Just like he never got used to war, to discrimination, racism, the sight of rough sleepers’ harsh lives, or missing other human beings.

He came back to Iran every year. This year, too, when Darya was getting married. He came because he cared for his family and for all his relatives, and to see his many friends and all the people he knew here, all of whom mattered to him. He announced the news of his impending arrival with a voice note on a WhatsApp group: “Hello, I wanted to say that I will be the guest of your warm hearts from December 25 to January 8. ‘Til soon!”

All Faraz’s attention was on his family now, and he was endlessly happy to be coming. He was sad that he didn’t have enough time in Iran and couldn’t see everyone. Despite this, he took any and every opportunity to see people and stay with them. His laughter never ceased; he laughed more than any other time he had visited. This time, he got to dance with his family at his sister’s wedding. They showed one another kindness, looked into each other’s eyes, and were jubilant together. His warm and beautiful presence was wonderful.

When the big moment came, when Darya had to say “I do”, she looked right into Faraz’s eyes. “With the permission of my father, mother and my dear brother, I do,” she said.

“The meaning of distance: what separates two things or two people. The meaning of inflammation: For things to burn, the flames of strain.”

Darya and her husband said goodbye to Faraz at the airport’s gate. Darya hugged him twice. His parents had brought their passports along. As always, they wanted to come all the way to the gate. They couldn’t not be there for the last moment.

Once more Faraz had a lump in his throat as he hugged them – a later, the parents would cry for all those who passed by them at that gate that night. When they returned home, his father said, “He is so worried for us. Worried about war. He is worried that something might happen to us.”

Darya looked up the news online to find something that might calm Faraz down. He’ll check his phone at the airport in Ukraine, she thought, and will feel better. “My Faraz! Don’t you fret by reading the news when you got there,” she wrote, and posted the last picture they had taken together on Instagram with a simple caption: “Very far, very near.” She wanted him to see it when he got there. She still can’t believe that the picture, the news item and the thousands of voice notes and messages that she sent to Faraz are never going to be seen or heard by him.

When they woke the next morning, after a short rest, they all wished they were still asleep. Faraz’s father got up and went straight to his laptop. Faraz had taught them how to track the flight, and so he did. Then he got up, took Faraz’s picture from the table and hugged it. He cried and began restlessly pacing the room, from 7am to late that night.

Who could believe it? From that day on, their mother didn’t say much. She just asked about how the father and Darya were doing. It was only on the day of the funeral that she stood up for Faraz, and sang a song full of rage and feeling: “Thinking of you, I am restless all day and night.”

Darya used to say: “We heard the news of the plane crash twice. They took Faraz away from us one more time. He crashed twice. Twice we got up from our unfinished sleep and prayed that everything was a nightmare.”

Twice, twice, twice… Their father said they gave them the news of the crash twice. A few days after the first crash, which was a technical incident, the plane crashed again: this time caused by two anti-aircraft missiles, shot straight at the heart of Iran. Why? Why? Why? Once more he went back hugging the picture of Faraz and pacing up and down. Why?… If Faraz had been around, he would have explained everything rationally. But Faraz was gone. He was gone twice over. And now they missed his logic. They missed his sensitivity in responding, how precise he was in his opinions, how honest he was in his generosity, how caring he was about people and their feelings.

Faraz has left us, and now our hearts are bitter and burning. But he can’t not return to us. In this darkness, loneliness and desperation, , it is only life, kindness, openness and generosity that can bring a light to our tired eyes and give power to our exhausted hearts. Faraz must return. And we have no choice but to live as he did. We cannot not speak, hear, see. We cannot sit in a corner, depressed, spiritless and despondent. We must be present. Hand in hand. Together.

Thousands have seen the video on Instagram and have shared it or left comments. With each one of those interactions, an airplane takes off in a dark night that will never see the light of day. In less than three minutes, two missiles hit the plane. It will not see the blue of the sky, filled with white clouds. All those thousands who saw Faraz’s video have realized the bitterness in Bomrani’s song – a song that was gifted to Faraz.

Editors’ note: You can watch the video Faraz made before his flight here.